The 7th Scientific Conference of the Greek K.E.F.I.-Athens Association of Cancer Patients and Friends

In his article “The education reform in Hong Kong is a good lesson for Greece”, published in the newspaper «Real News», on Sunday, December 5, 2010, Professor Linos presented the radical reform of the education system in Hong Kong and the reasons that make it a good example for our country.

The education reform in Hong Kong started in 2002 during a difficult economic period for the country, when Minister of Education and Human Resources was Professor Arthur Li. “Our only wealth is our human capital. We cannot become competitive in the global market, unless we offer good education to young people”, was the political message by the government.

Professor Linos referred to the changes that started from kindergartens. Specifically, the Ministry of Education, estimating that a good education in kindergarten per child per year would cost 2,000 dollars, provided parents with a coupon worth the specific amount, while allowing them to choose a nursery school of their own preference . Hence, we achieved state intervention and quality control of preschool education was achieved. Eight years later, the results of this policy have been internationally recognized. An international comparative study, for example, showed that 10-year and 14-year old students in Hong Kong are constantly in the top rankings in mathematics and science.

State intervention occurred in the universities as well. Professor Linos cited in the article that the Chinese Minister of Finance was urged by Arthur Lee to accept the matching grant fund mechanism. In other words, the state was willing to provide funds to universities equivalent to the funds that would be raised by the private sector (individuals). With this policy the university managed to raise more than 8 billion Hong Kong dollars in three years, contributing thereby to the reinforcement of research.

Greek universities could follow the example of the Minister of Education in Hong Kong, noted Professor Linos, aiming not only at their economic development but also at their quality upgrading. It is worth mentioning that the Greek Ministry of Education has requested the assistance of the President of the University of Hong Kong, Professor Lap Chee Tsui to improve our Higher Education.

“The survival of our country depends on the better education we provide to the children”, Professor Linos noted. 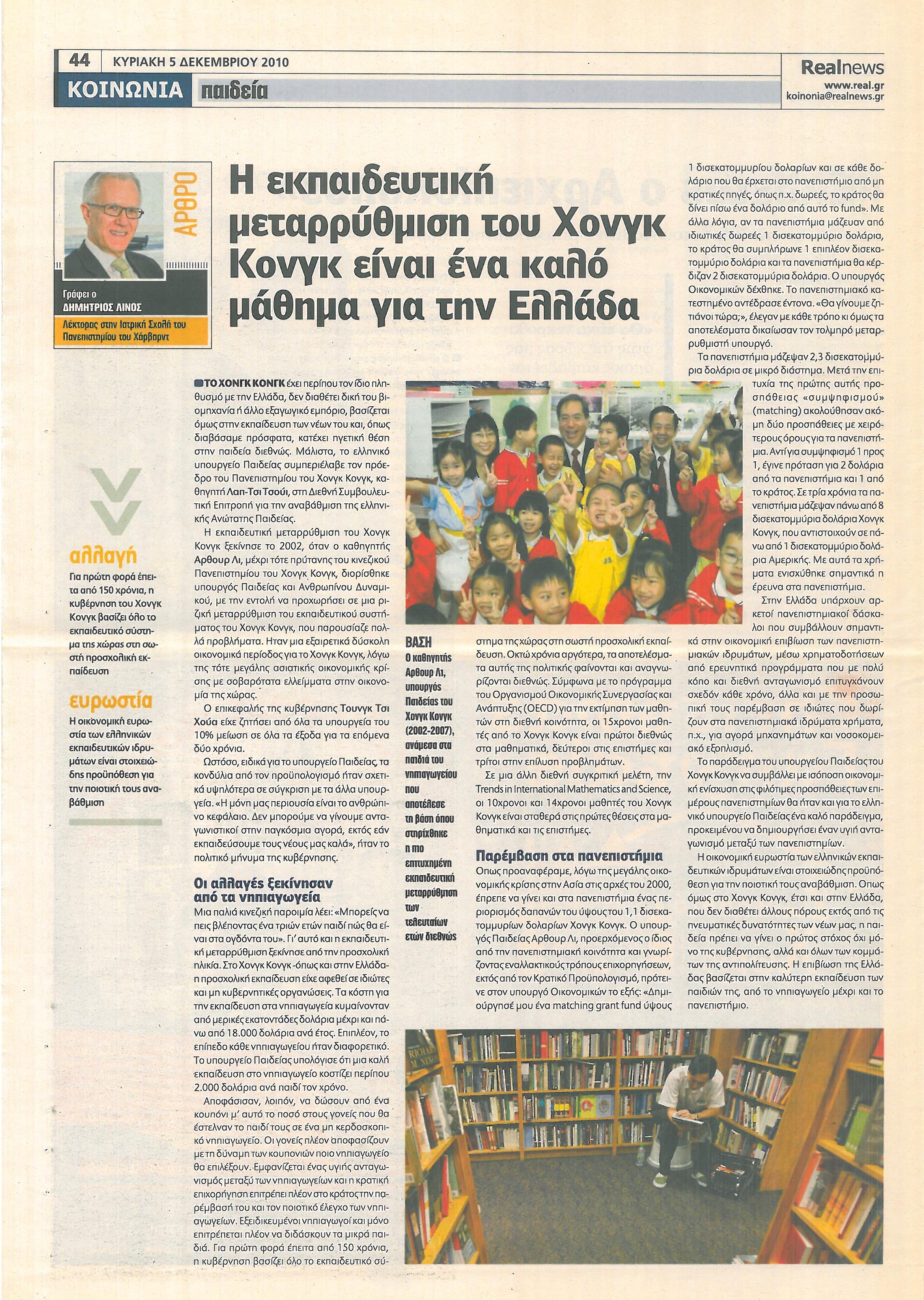