CLINICAL WORK
The clinical work of Professor Linos lies primarily in his significant contribution to the development of two sub-specializations of General Surgery, Endocrine Surgery and Laparoscopic Surgery.

His contribution to the development of Endocrine Surgery is especially notable, both in Greece and worldwide, through his innovative work in the surgical treatment of diseases of the thyroid, the parathyroid glands, the pancreas, and the adrenal glands.

He introduced and broadly applied the Fine-Needle Aspiration (FNA) of the thyroid nodules. His systematic research in collaboration with the Pathologoanatomical Laboratory of the Aretaeio University Hospital has led to important announcements in international medical conferences, which formed the histological criteria for the pre-surgical diagnosis of the papillary carcinoma of the thyroid gland.

In 2009, for the very first time in Europe, he performed the first robotic thyroidectomies, accessing the thyroid gland from a part of the body away from the neck, and, hence, initiating a new era of the Thyroid Surgery.

Furthermore, Professor Linos has conducted significant clinical research. For example, his research about the association between cholelithiasis and cholecystectomy and colon cancer led to publications in the renowned international medical journals Lancet and Cancer. His studies on surgeon’s protection against radiation during Intraoperative Cholangiography are also of particular interest.

Professor Linos’s clinical work in Gastrointestinal Surgery, as well as in Surgical Oncology, especially in the surgical treatment of breast and colon cancer, pancreas cancer and bile duct cancer, is also important, with respective publications in medical journals, such as Lancet and Cancer. It is worth mentioning his participation in the creation of the “European Guidelines for Quality Assurance in the Surgical Management of Mammographically Detected Lesions” in 1998, as well as his participation in its revision and republication (published by European Commission). 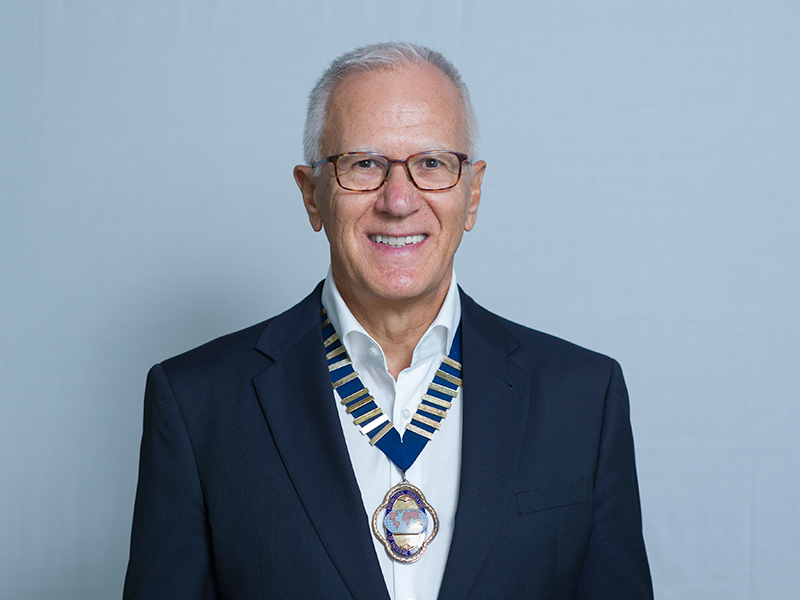 ACADEMIC WORK
Given his significant research, publishing and academic work, Professor Linos has for many years been a Visiting Professor and Invited Lecturer in the most prestigious Universities and Medical Conferences all over the world.

He is president and member of the board of directors of numerous international Surgery Societies, as well as member in the editorial boards of leading scientific journals.

He has numerous innovative publications in accredited international and national journals, while his personal contribution to the progress of surgery is globally recognized.